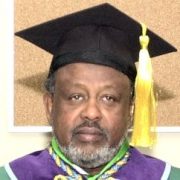 After more than three decades of political oppression, the people of Djibouti found the courage last weekend to stand up and call for political change. Emboldened by the recent upheavals in Egypt and Tunisia, tens of thousands of demonstrators took to the streets to demand the removal of President Guelleh, whose Rally for Progress party has ruled the country for 34 years. The Government’s claims of only 2,000 protesters are risible – as clearly shown by the photographic and eyewitness evidence.

As crowds gathered in Djibouti City for a peaceful protest, demonstrators were met with tear gas, beatings and live ammunition. At least three people were reportedly shot dead, dozens more were injured, and many more were arrested and detained. These included leaders of three prominent opposition groups, who were eventually released following political pressure.

Since the weekend President Guelleh has continued his crackdown on protesters and hundreds of innocent people are now being unjustly detained in prison in squalid conditions, with little food or water.

I condemn President Guelleh’s appalling and inhumane treatment of innocent people and call on him to order the release of all human rights and political activists. At the same time I call on the international community and human rights groups such as Amnesty International and Human Rights Watch to intervene to put an end to this brutal suppression of free speech. People’s hopes for greater democracy, for greater freedom, for greater rights should be met with political reform – not violent oppression.

Fighting continues in Djibouti and the President appears resolute on staying in power by force. The situation is likely to deteriorate in the coming days. Another mass demonstration is planned for Friday, February 25, and more than 50,000 people are expected to participate.

I call on President Guelleh to order a halt to police brutality and arrests of citizens exercising their constitutional rights to free expression and free assembly. President Guelleh must listen to the will of the people and step down to pave the way for free and fair elections.

Djibouti is a small but highly strategic country. It hosts foreign military bases, is the only maritime trade route to Ethiopia, and is the guardian of the Mandeb straights pinch-point en route to the Suez Canal. It is important that a mature and sensible transition to real democracy is now made.

It should be remembered that, as a proportion of the population, the size of the demonstrations in Djibouti is comparable to those recently seen in Egypt. Demonstrators are continuing to demand democracy, despite the threats of police brutality, tear gas and arbitrary arrests.

It is now clear to the world that President Guelleh has lost his authority. He can no longer rule the country and claim the support of the people. A lame duck president clinging to power by the use of force and the misuse of the institutions of the state is bad for Djibouti and bad for the region. He should go now, before the country descends into chaos. If he refuses to step down, opposition groups will boycott the elections.

I call on the international community to help the transition by allowing safe passage of President Guelleh to a neutral country, and by helping in the supervision of free and fair elections. It is time to give the people of Djibouti a genuine opportunity to determine their future.