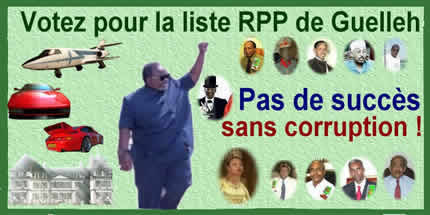 NAIROBI, Kenya (AP) — The U.S. military confirmed Sunday the deaths of 10 U.S. troops in the crash of two helicopters off the coast of northern Djibouti Friday, according to a statement.

« Next-of-kin notifications have been made to all family members of the deceased; however, names are being withheld in deference to family members’ privacy, » the U.S.-led Combined Joint Task Force Horn of A frica said in a statement.

The troops included eight U.S. Marines and two Air Force airmen, according to the statement.

« Our deepest sympathy and heartfelt prayers go out to the family members, friends, loved ones and co-workers of our fallen brothers- and sisters-in-arms, » said Maj. Gen. Timothy Ghormley, Combined Joint Task Force-Horn of Africa commanding general. « We mourn their loss and honor their memory. »

Two CH-53E choppers were carrying 12 crew members and troops when they crashed in the Gulf of Aden, near the northern coastal town of Ras Siyyan. The troops were members of a U.S. counterterrorism force deployed in the Horn of Africa nation.

Two crew members were rescued by the Djibouti military. They were in stable condition and were flown to the U.S. military’s Landstuhl Regional Medical Center in southern Germany on Saturday.

Authorities were investigating the cause of the crash, said Maj. Susan Romano, spokeswo man of the task force.

Visibility had been good at the time of the crash, with light winds, authorities said.
The family of Marine pilot Susan Craig said she was one of those rescued. Craig, 28, telephoned her parents, Pat and Lewis Sackett on Saturday afternoon, her mother said in an interview with a local newspaper.

Pat Sackett, who later confirmed her comments to The Associated Press, said her daughter called from Kuwait and was heading to a hospital in Germany. Craig was rescued by Djiboutian military personnel, Sackett said.

Pat Sackett said her daughter was not sure what caused the crash.

« They had an inflatable around their neck that they inflated, and they hung onto a piece of the aircraft, » she said. « It was three hours before they were rescued. »

The Combined Joint Task Force-Horn of Africa, set up in the former French colony in June 2002, is responsible for fighting terrorism in nine countries in the region: Djibouti, Eritrea, Ethiopia, Sudan, Kenya, Tanzania, Uganda and Somalia in Africa and Yemen on the southwestern corner of the Arabian Peninsula.

The impoverished region is home to a sizable Muslims population. U.S. officials say it has been used by terrorists as a place to hide, recruit operatives and stage attacks.

The region has suffered four attacks either claimed by or attributed to Osama bin Laden’s al Qaeda network. In August 1998, car bombs destroyed the U.S. embassies in Kenya and Tanzania; in October 2000 suicide bombers attacked the USS Cole while it was refueling in Yemen; and in November 2002 attackers tried to shoot down an Israeli airliner minutes before a car bomb destroyed an Israeli-owned hotel on Kenya’s coast.

Rival Somali sub-clans battled over pasture and wells just inside Ethiopia leaving at least 12 dead and more than two dozen wounded in a second day of fighting on Thursday as competition for water and pasture heats up in the drought-stricken region, officials said.