Djibouti faces significant challenges as it seeks to parlay short-term gains into long-term stability in a region wracked by conflict.

The president, whose People’s Rally for Progress (RPP) has held uninterrupted power since independence in 1977, faces little obvious pressure either domestically or from key allies the US and France, as the US seeks to cement its expanded military presence in the strategically important Horn of Africa state.

Nevertheless, challenges lie ahead for the government with key trade partner Ethiopia engaged in saber rattling towards Eritrea and strong economic growth failing to combat poverty.

Civil war broke out in Djibouti in late 1991 with the minority Afar group, which constitutes just over one-third of the population, rebelling against the political predominance of the Somali-speaking Issa tribe in the then one-party state.

In 1994, most elements of the rebel Afar Front for the Restoration of Unity and Democracy (FRUD) signed on to a peace deal involving the ethnic division of cabinet posts. Sporadic violence continued until 2000-2001 when a holdout radical FRUD faction signed peace deals with the government.

"It was not a war between Somali and Afar. It was the Afar who said, ‘We have no power, we are not in the government, there is discrimination against Afar,’" Jean-Luc Charles, a spokesperson for the Association for Respect of Human Rights in Djibouti (ARDHD), told ISN Security Watch.

The majority FRUD faction is now a member, with the RPP, of the five-party Union for the Presidential Majority coalition, which has divvied up the 65-seat National Assembly along ethnic lines.

Nevertheless, Issa reportedly retain a firm hold on employment within the civil service and key positions within the RPP.

According to Charles, in the 2000-2001 peace deal the government pledged to "give the same facilities to the Afar as to the other people."

"This agreement was not respected and President Guelleh still continues to take all the power, all the money and does not give anything to the north region where the Afar are a majority," Charles alleged. "There is no money for schools; no money for education; no money for health. So this region is very undeveloped."

Constitutional and electoral reforms have led to the elaboration of a sharply delimited multiparty democratic system in Djibouti, with the political opposition kept firmly from the centers of power.

Ismail Guedi Hared, the head of the opposition Union for a Democratic Alternative (UAD) coalition, called on supporters to boycott this month’s parliamentary election, charging that the poll was designed for and by the ruling coalition.

"Before the election the opposition said, "We will not go to the election because we have no chance because everything is falsified," Charles noted.

The opposition boycott followed UAD decisions not to stand candidates in the April 2005 presidential and March 2006 regional elections. The boycotts came after the UAD failed to win a single seat in the previous 2003 Assembly election, despite snaring just under 38 percent of the vote.

The established first-past-the-post electoral system gives the ruling coalition a lock on government through ensuring that the opposition does not receive places in parliament commensurate with its level of public support.

The UAD claims that prominent members of all three constituent parties and of the Djiboutian League of Human Rights (LDDHH) were placed under house arrest ahead of the elections, stymieing efforts to hold a major rally.

The government is resisting opposition calls for a proportional voting system. Prime Minister Dileita Mohamed Dileita told AFP recently that this may result in "upsetting the tribal balance" in Djibouti. "We have the example of our neighbor Somalia and we don’t want that," he said.

The continuance of RPP rule has provided a stability sorely lacking in neighboring states and crucial to the emergence of Djibouti as a regional player in the so-called war on terror. This stability is premised, in part, on a Franco-Djiboutian accord guaranteeing French protection from foreign incursions.

The Guelleh government currently plays host to around 3,000 French troops and has long served as a primary base for the French Foreign Legion. There is also a small French naval facility at Djibouti port.

However, the close ties enjoyed under the Jacques Chirac administration appear to be threatened both by a shift in French regional priorities towards other African states and the Gulf and a building crisis over the murder of a French judge in Djibouti.

An informed source tells ISN Security Watch that French priorities in eastern and central Africa have shifted towards Chad, Darfur and the Central African Republic where France is "a lead actor and very heavily involved." By comparison, France has allowed other states to take the lead in Somalia and Ethiopia.

Djibouti is taking France to the international court in the Hague in a bid to gain access to French files concerning the purported murder of French judge Bernard Borrel, whose charred body was discovered in 1995 in a ravine outside the Djiboutian capital, with a gunshot wound to the head. The French refusal to pass on the files and issuance of summonses against Djiboutian officials appears to indicate that French investigators put some stock in Borrel’s widow’s allegations of official Djiboutian complicity in her husband’s death.

"As the Borrel case will be [tried] it will destroy the relationship between the two countries," Charles opined.

Noting that French troops were reportedly being sent from Djibouti to a newly acquired base in Abu Dhabi, Charles said, "I think that France has taken the decision to leave Djibouti."

With Franco-Djiboutian ties possibly on the cusp of the largest shake-up since Djiboutian independence, the US appears poised to gradually replace Paris as the Guelleh government’s primary foreign ally and guarantor.

The US presence in the Horn region has been bolstered significantly since 2002, reversing the largely hands-off approach taken since involvement in the UN’s disastrous 1992-1995 UN Somali mission.

Djibouti has played a critical role, hosting a combined task force – a move that has led to the development of what the informed source characterized as "a special relationship with the US."

Djibouti City’s Camp Lemonier serves as the base for the US Combined Joint Task Force-Horn of Africa (CJTF-HOA). Most members of the 1,800-strong task force appears to be engaged in fairly mundane activities – improving military-to-military ties, training members of allied regional militaries and humanitarian projects. However, the CJTF-HOA mission was clearly defined by its first commander as combating "transnational terrorist groups posing an imminent threat."

There have been unconfirmed reports of special operations raids in neighboring Somalia which may have been launched from Djibouti airport or from the multinational taskforce patrolling the nearby Somali coast and adjacent shipping lanes.

The naval taskforce is largely engaged in protecting the sea-lanes off Djibouti which, with around 60 percent of the world’s maritime traffic, are inviting targets for Somali pirates, and in efforts to interdict the smuggling of Islamic militants and materiel.

The strategic importance of Djibouti to the US has grown in recent years with the establishment of close military-to-military ties with Ethiopia and the latter’s war with Eritrea and invasion of Somalia. The US alleges that Eritrea is providing significant backing to the Islamic Courts Union in Somalia.

As elsewhere in Africa and the Pacific the US and France are increasingly competing for influence in Djibouti with China.

This competition for influence, alongside a shift in US priorities after 2001, has meant that there is little pressure on the Guelleh government to move forward with democratic reforms.

"I don’t think there is a very heavy, serious [US] push on reform. The emphasis on keeping the government happy and stable is paramount there for the US government," the informed source argued.

Djibouti was the big winner in the 1998-2000 Ethiopian-Eritrean war becoming the only harbor for landlocked Ethiopia. The resultant exponential growth of throughput at Djibouti port, via the Addis-Adaba-Djibouti rail link, has become a mainstay of the economy.

However, the Guelleh administration has at times overplayed its hand through overcharging, and Ethiopia has begun to investigate the possibilities of using Berbera in Somaliland as an alternative port.

Chatham House’s Horn of Africa specialist Sarah Healy told ISN Security Watch: "With the fallout between Ethiopia and Eritrea, Djibouti is needed far more by Ethiopia than it was before. So it is in a fairly good position there but it has to be careful of the potential for destabilization to come from Eritrea."

Without seeking a mediating role, Guelleh has sought to maintain friendly relations with Asmara since the resumption of ties broken off during the 1998-2000 Ethiopian-Eritrean war, recognizing the power imbalance that exists between Eritrea and Djibouti.

Referring to Djiboutian-Eritrean relations Healy said, "I think it is a thinner relationship than the one with Ethiopia but it is just about okay. Eritrea doesn’t have good relations with any of its neighbors."

Djibouti has been largely insulated from the chaos in Somalia through the establishment of internationally-unrecognized Somaliland.

"I don’t think Djibouti is very directly affected by the instability in Mogadishu," Healy said. "I think that they could be affected by what goes on in Somaliland which […] is quite stable at the moment and it appears to have good relations with Ethiopia."

Despite this, problems are brewing. The UN recently enjoined the Guelleh government to protect a burgeoning tide of asylum seekers from Somalia who have crossed the Djiboutian border, seeking passage to Yemen.

The Ethiopian invasion of Somalia has also provoked significant criticism amongst ethnic Somalis in Djibouti.

The primary threat to long-term stability appears to lie in the failure of the Guelleh administration to promote public welfare. This provides the socio-economic basis for deleterious shifts in trade and international relations to promote unrest and radicalization.

ISN Security Watch contacted the Djiboutian embassy in Washington D.C. to seek a response to opposition and interviewee allegations. No reply had been received by press time.
———————————————-

Dr Dominic Moran, based in Tel Aviv, is ISN Security Watch’s senior correspondent in the Middle East and the Director of Operations of ISA Consulting. 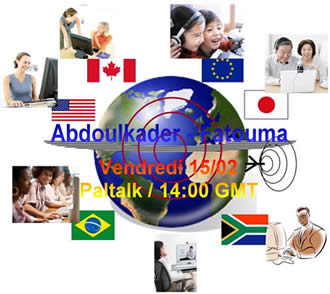