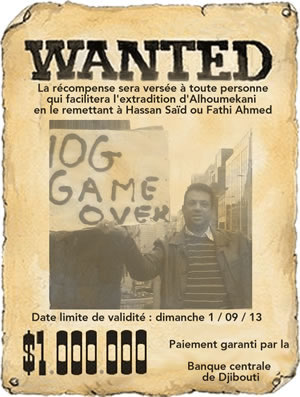 CAMP PATRIOT, Kuwait,
March 31 – Fresh-faced and itching for the fight, soldiers of the 24th Marine
Expeditionary Unit made a beach landing here early this morning as part of
the 100,000 additional troops being sent by the Pentagon.

Though American officials
maintain there has been no change in deployment plans in the face of stiff
Iraqi resistance and guerrilla attacks on supply lines, these marines were
scheduled to go home after a six-month tour abroad when the word came down
five days ago.

The men said that while
their mothers, wives and girlfriends wept at the news, they were elated.

« We were on the way
home when we got word to turn around, » said Capt. Dan McSweeney, who
calls the Upper West Side of Manhattan home. « We’re happy about it. This
is what we’re trained to do. We thought we were being left out. »

The
2,300-member amphibious unit specializes in house-to-house combat, as well
as peacekeeping and aid missions. The unit recently did a peacekeeping stint
in Kosovo and joint maneuvers in Djibouti.

Its equipment includes
Harrier jets, Cobra attack helicopters and three ships. The unit is trained
to operate for at least two weeks without resupply.

Most of the marines who
arrived this morning via landing craft or by helicopter were children when
the first Persian Gulf war was fought in 1991 and say they remember the images
from television. They promised to finish the job this time.

The marines said they
needed no other motivation than Sept. 11 to fight this battle. Osama Bin Laden
and Saddam Hussein, they said, were nothing more than loose strings in a world
of disorder.

« People back home
should stop protesting and start supporting this effort, » said Sgt. Jason
Franco, 26. « Did everybody forget the twin towers already? I think there’s
Al Qaeda in there, so here we go. »

There is a New York contingent
here. The commanding officer, Col. Richard Mills, is from Huntington, Long
Island. Captain McSweeney is from Manhattan and Sergeant Franco is from Astoria,
Queens. The unit is carrying the banner of the Port Authority Police Department,
which lost 38 officers in the World Trade Center on Sept. 11.

These young marines have
every intention of coming home. They have already made plans. A perch fry
on the sands of Lake Michigan. A motorcycle ride through the desert of Arizona.
A big beer party in Oklahoma. A slice of Koronet Pizza in New York. Marry
a pretty girl.

« Me and every guy
out here’s coming home, » said Pvt. Wally Washlow, 21, of Edison, Ill.
« But before all that, we’re going to prove that what we’re doing is worth
doing, »

The unit has not received
specific orders, but according to reports from the BBC, about 5,000 reinforcements
are being sent to the south central town of Nasiriya, where fighting has been
particularly intense.

It matters little what
the orders are, said Cpl. Terry Beadles, 22, of Phoenix. His unit will fulfill
them, he has no doubt, though he did admit to a little nervousness, never
having experienced combat. A picture of his girlfriend is taped to the dashboard
of his assault vehicle. He scribbled out a message to be sent to her. It reads: